Burrito Deluxe has established themselves as one of the top country rock bands working today. Esteemed Music Row critic, Robert K. Oermann says of their latest album; “Absolutely essential listening – sounds like an instant classic.” And All Music Guide recently called Burrito Deluxe “A country music supergroup.” Chances are, you’ve been listening to these guys for a good part of your life, possibly, without realizing it. Their combined resumes read like a “Who’s Who” of popular music.

Carlton Moody and Walter Egan combine their amazing musical and vocal talents to create the magical sound at the heart of Burrito Deluxe. Moody, of the multiple Grammy® nominated Moody Brothers is featured on guitars, mandolin, and lead vocals. He has performed at such prestigious settings as the White House and the Grand Ole Opry. Egan, best known for the 1978 million-selling single “Magnet and Steel,” shares the electric guitar work and adds lead and harmony vocals. He has performed with Jackson Browne, Spirit, Wanda Jackson, and Linda Ronstadt.

Burrito Deluxe was founded in 2000 by Moody and “Sneaky” Pete Kleinow, pedal steel guitar legend. “Sneaky” Pete was also the co-founder of the Flying Burrito Brothers along with Gram Parsons, Chris Hillman and Chris Ethridge. The Flying Burrito Brothers innovative California-style sound heralded the arrival of country rock and influenced a whole generation of later bands, including the Eagles, Pure Prairie League, Poco, and many others. Burrito Deluxe has a long history of featuring legendary musicians in the band, including, Garth Hudson, the keyboard genius from The Band, and the amazing Richard Bell, who worked with Janis Joplin, Bob Dylan, The Band, Bonnie Raitt, and Ronnie Hawkins.

Burrito Deluxe continues to feature individuals who have illustrious musical pedigrees. And, true to that, Moody and Egan hand-pick outstanding musicians and vocalists to join Burrito Deluxe in the studio and in concert, including, “Supe” Granda, one of the founders of the Ozark Mountain Daredevils on bass guitar and vocals, Joy Lynn White, an outstanding Country/Americana vocalist, and Marty Grebb, on keyboards and vocals, who has worked with Eric Clapton, Bonnie Raitt, Stevie Nicks, and many others. Together, they create a formidable sound that is winning fans across the U.S. and in Europe.

One listen to Burrito Deluxe proves that these musical trailblazers are still finding inspiration and new directions in the sound they helped create. 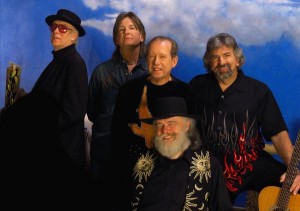