Curator Suzana Milevska described the collaboration as an exercise in ecriture feminine, celebrating the multiple writings of the female body. For her, amniotic fluid was a metaphor for in-between spaces – a medium that both links and separates. In this body of work, however, the separations were more apparent than the linkages: the two groups of artists had markedly different interpretations of the notion of feminine art practice, differences that reflected cultural, ideological and generational rifts.

Despite the ostensibly feminist nature of the project, Milevska and the Skopje artists stated unanimously that they were absolutely uninterested in feminist theory, which has not been a part of their cultural heritage. Furthermore, having lived under a rigidly socialist state, they were wary of any kind of programmatic political message. Rather, they approached this project as an exploration of water as a metaphor for the feminine principle. Implicit in their highly suggestive work was a vision of the placental environment as a space of floating, multiple meaning, and potential alchemical transformation.

The work of the Skopje artists was almost entirely installation, located beside the river or on or under bridges. Gazing at water often inspires reverie – free-floating associative thought – and a river is a common metaphor for the flow of time. All of the river installations referred to time and eternity in some way. In Margarita Kiselicka-Kalajdzieva’s Timelessness, on the River Walk’s south bridge, frames within reflected frames pulled the eye in and out of two- and threedimensional space. By mixing dimensions and skewing visual and tactile perception, it presented a spatial vision of eternity. In Iskra Dimitrova’s Femina Alba a crouched, translucent figure floated in a cavernous arch under the north bridge, glowing in ultraviolet light. An ambient looped sound score of melodious female voices echoed under the bridge, heightening an other-worldly play between the seen and unseen. Here one could read the alchemical desire to distill eternal principles from the twilight space between life and death, air and water, light and dark, and the natural and built environments. As in all of the riverside installations, the eye was drawn beyond the recognizable towards the space of the imaginary.

In contrast, the Boston artists interpreted the collaboration as an explicitly feminist project, stressing female cooperation. Their work tended to be rooted in seventies’ feminist practice, however, rather than in more recent strategies of examining psychoanalytic/institutional/biological constructs of female identity. At best, this devotion to seventies’ practice was an informed choice by the artists to explore aspects that remain meaningful, resulting in meditative and poetic invocation of female mythic figures and local history. At worst, it resulted in simplistic up-against-the-wall style messages advocating universal sisterhood and projecting a view of womanhood as captivity, burden and disenfranchisement.

All of the Mobius artists’ work had a performance component and much of its substance lay in the interactions between the artists and individual audience members. Mari Novotny-Jones walked through the park area in the persona of Mary Magdalene in exile, as a storyteller, her dress covered in rocks representing the sorrows and burdens of women. She would approach passersby and tell them stories, fables illustrating messages about women’s suffering. Meredith Davis’ Bird Woman was a half-bird, half-crazed-woman persona who protected a nest/installation of meticulously carved grape vines, a solid table and a cooked roast. Although this allegorical representation – woman-as-victim maddened by domestic captivity and urban alienation – was more than two-dimensional, the identification between a woman in a traditional female role and the condition of the homeless was problematic.

Ultimately it was Marilyn Arsem’s work – both mythic and conceptually open, and using both language and artifact – that functioned as an umbilical cord

linking the two bodies of art. Her installation/performance, Rivers of Memory: Oceans, used time-based performance to foster a perception of timelessness, echoing themes the Skopje artists conveyed through spatial means. A carved ice throne and bench faced each other on a concrete dock overlooking the water. Arsem beckoned to watchers to sit one at a time on the throne, watching ice melt into the river, and talked intimately with each. She spoke about time, asked questions, wondered whether time could be stopped. She then related a little of the history of the River Walk, layering images from the past over the suspended present. Her persona was archetypal, suggesting a sibyl, and her actions had the deliberation of ritual; her use of language and myth tied her to the other Boston artists.

Arsem’s piece bridged a wide gulf between bodies of work that were not only very different but were based on conflicting ideas about the validity of the exchange’s feminist framework. Of course, the differences themselves were instructive. The gap in political experience between the two groups of artists was obviously wide. The artists who were disenchanted by overt political intrusiveness found ways of saying more with less, always leaving the viewer free to form her own associations. Those who had to make their politics overly concrete – as if to reassure themselves of rightness – often stifled the meanings they meant to foster. Ultimately, in its failure to embody a contemporary feminist practice – in the disagreement about the relevance of feminism as well as the historical dislocation of some of the explicitly feminist work – “Liquor Amnii 2” may have reflected only too well the fragmented nature of contemporary feminist practice.

Visist this site for many more help and advice: Articles about Oil Painting

Missing Loved Ones In Heaven Quotes

You will be happy to hear that it’s actually possible to manipulate background scenes in art. It is simple to put seasonal factors to your works of art to do special visual aspect. The art fans feel that customized canvas paintings could be the classy choices for a gift as they steer endless charm with an desirable appeal in the area. Your energy to do authentic portrait with oil painting will definitely be appreciated by your good friend who’s going to receive it as a gift.

Offering a custom-made portrait art to some of your close buddies on birthday party, Any holiday or some other big day of our life is surely a great plan. You may even work out painting of things or sketch down the natural beauty in a location which happens to be admired the most by your buddy. There are a lot ideas for developing customized artworks and when you hire a expert to do your ultimate styles, it is going to surely be a awesome achievement.

portrait artists near me

In case you curious enough to provide unique oil painting to one of your close neighbors then it should be good to go on the internet and get a top artist in the region. You can even use designers online to create customized paintings and they’ll dispatch it to your doorstep within 1 week. You’ll have to submit the digital photo of people or puppy that you prefer to be created in oil painting and it’ll quickly reach your dwelling. 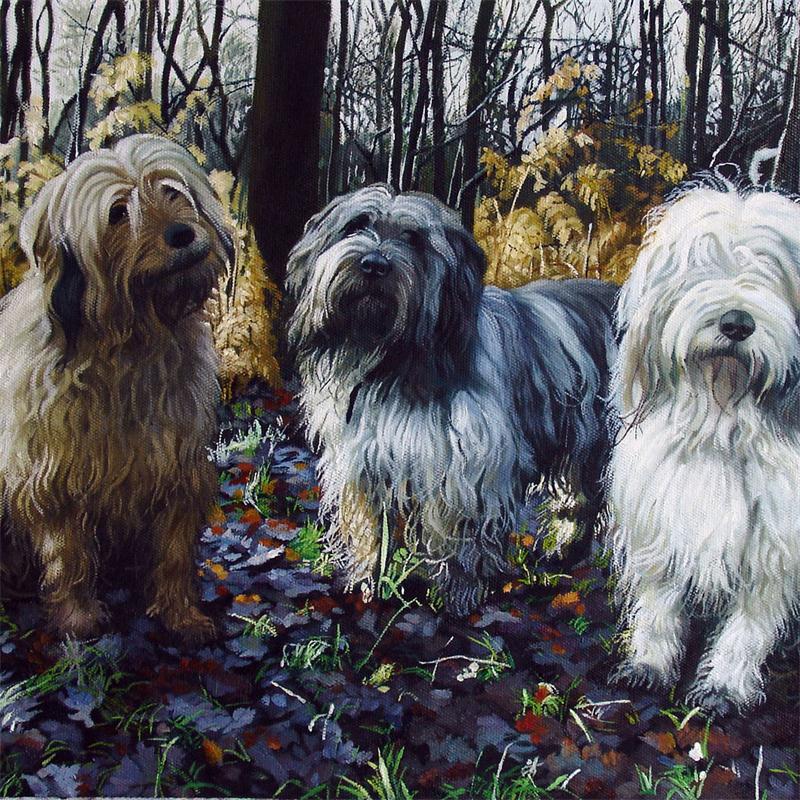 Pics are the among the best inventions of digital technology yet; in a certain place throughout your heart, we like the art pieces. You will find busy ladies around the world who definitely are still engaged to change their utmost digital photo to artwork. For anyone who is also among those innovative personalities but aren’t qualified to set the styles into good shape then this written piece can be raised for you. 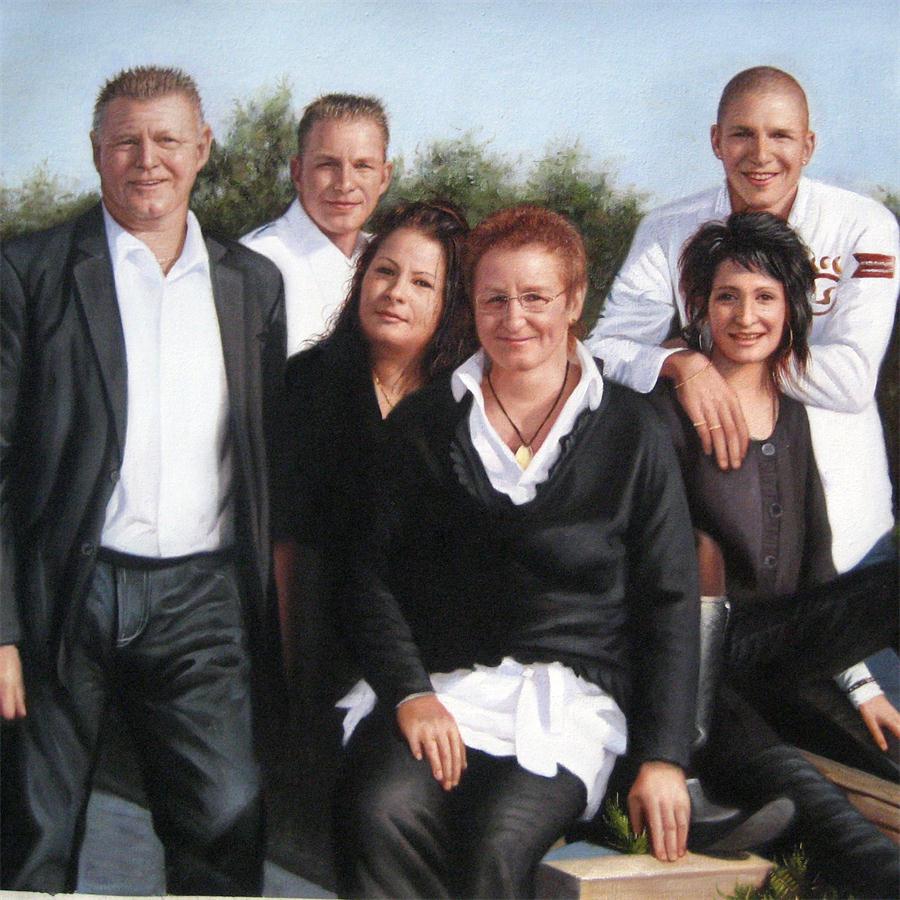 Now, you want to get a few exciting art? There is a long set of strategies for paintings, maybe it’s illustrating a journey regarding any existing fun-filled moment of your daily life, a photograph of one’s own small pet, a comical picture of your youngster performing some busy activities, family portrait commission and even inventiveness insidewithin all your heart and soul. It doesn’t matter what will be the plans to use in your work of art; because you surely get a painter who will deliver design to your visions. Creators own this excellent imagination inside their blood and in addition know the tact of composing masterpieces.

Basically, there are plenty of ideas to learn about made to order art as well as their raising level of popularity. Even though oil paintings demand great care from owners in comparison to the digital prints however they lead a resourceful appeal on the space or room. They could set up a awesome area in the heart of the person who get this as a gift. Once paintings are given care and attention, they work like magnificent memories forever. You can create an eye-catching perception of an individual’s pet or maybe it can be a interesting portrait of your own boy or girl. Absolutely, your child will relish to view it while he get older.

Does one adore Francoise Nielly’s art? Are you looking to buy a portrait painting made by this artist? I have no idea if Francoise take on commission job? But in the case she do, i bet the price would be very expensive the majority of her artworks sell $10,000 to $30,000. So, generally, it is nearly difficult to let Francoise Nielly paint your portrait, however ,, you know what, our gifted artists can! We’re able to create your photo exactly like Francoise Nielly do! 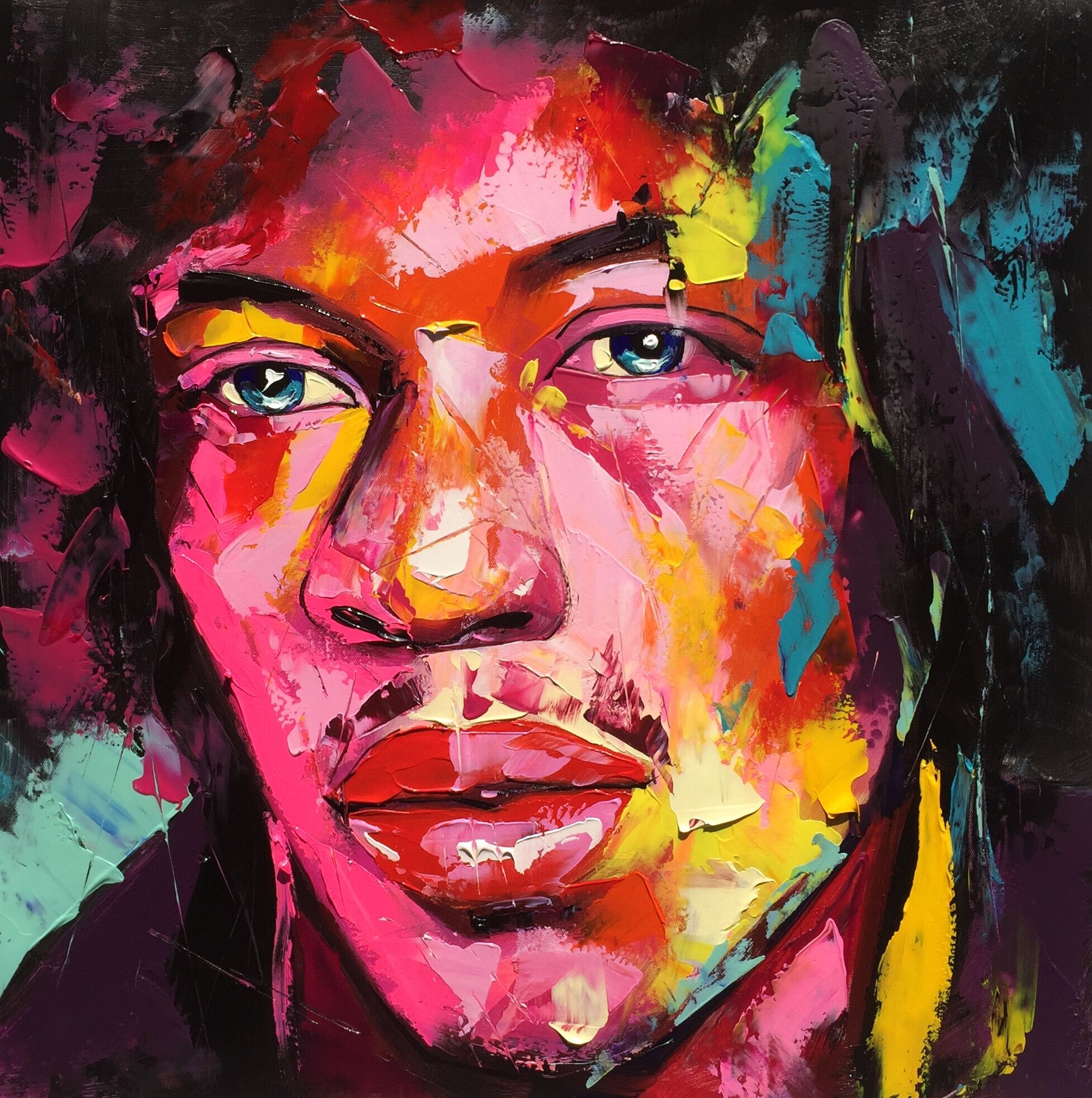 Francoise Nielly is surely an artist characterized by complicated and complicated ideas sharing enchanting and essential energy and strength.

In Francoise Nielly’s work, she does not use any modern tools and employs only oil as well as palette knife. The shades are occupying roughly on the canvas and turn into a highly compelling work. Her portraits encapsulate potency of color choice like a unusual way of seeing life. The notion and form are simply beginning points.

Francoise draws lines to uncover elegance, passion, and concentrate of memories. Each portrait embodies a feeling of joy and gloominess. As soon as we learn this kind sensual, expressive and confusing drawing, we understand that focus can thrust sincerely in a look, in any body language, in the position which defines ones types of being. The colors are why Nielly’s work so true and natural and it’s impossible not to love her themes. Lots of can be the inspirations, which in turn dancing within these kind of sensibility, and some would be the symbolism which can be indicated. ?Have you questioned yourselves how valuable it will be to obtain colours? You may have thought about how important it really is to tame these kind of shades?

Nielly demonstrates a safety research towards impression and has become an instinctive and wild target of expression. If you close your eyes, you couldn’t picture a face, containing colors, but if you consider it faithfully, everything obtains a form via our dreams. The most bothered soul can get colors, which are buried but always alive. Lots of people believe in a portrait, there’s always a balance that escapes, however in my estimation, every explanation is produced in their face. Eyes reveal sins and keenness, a smile uncovers joy as well as a decisive lie, and vivid colours share decisions without having excessively movement.

In her own way, Francoise Nielly gives a person’s face in every of his paintings. And then she paints it consistently, with slashes of paint upon their face. Experiences of personal life that pop up from her paintings are made from the clinch with the canvas. Color choice is formed like a projectile.

Art by artist Franoise Nielly have a very apparent strength that project via each composition. Having improved palette knife art techniques, the painter makes use of solid strokes of oil on canvas to blend a certain abstraction into these figurative paintings. The paintings, which might be based out of relatively easy white and black photos, feature great light, shadow, detail, and productive neon colorings. Depending on her resource on Behance, Nielly usually takes a risk: her portrait is sexual, her tones free, joyful, astonishing, even explosive, the cut of her knife incisive, her colors pallete fantastic.